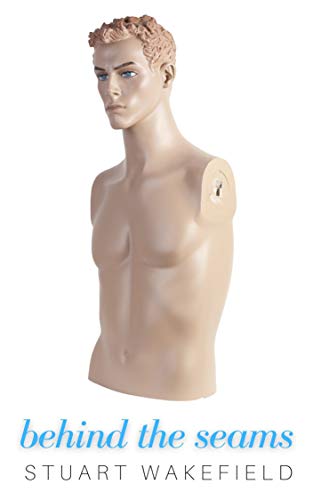 Praise for Behind the Seams:

"Sumptuous detailed descriptions of clothing and the art of sewing and fashion design are what make this story a cut above other gay romances. Wakefield develops the relationship between Kit and Barker in tandem with the filming of the episodes of a reality TV show and that device adds interest and tension to the story." — The BookLife Prize Critic’s Report (Overall Score: 10 out of 10)

"A heart-warming gay romance in a fresh and vivid setting."

"Excellent telling of a classic human story set in one of the more bonkers corners of our modern world."

"Everything was good: the characters, the pacing, the conflicts, the humour, the banter, all of it."

After a disastrous audition at the hands of savage fashion editor, and Runway Rivals judge, Nancy Shearsmith, Kit’s convinced he won’t get through, but he’s wrong.

As filming begins, Kit comes face-to-face with Barker, who makes it clear it’s all about winning the show and nothing more.

But there’s more to Barker than meets the eye.

Now, with Nancy intent on ruining Kit’s dream of becoming a world-class fashion designer, can he ever hope to win the show and get the man?

Behind the Seams is a light-hearted gay romance bursting with eccentric, unashamedly British characters of all ages and walks of life.

android: Features in iPhone 13 that you won’t get in popular Android phones – Times of India

Not getting selected for T20 World Cup not the end of it all, says Mohammed Siraj | Cricket News – Times of India